In response to the importance of fluency and the demand for fluent speakers in a foreign language, more and more schools and programs are trying to include immersion-type activities in their language courses. While it is not always possible to teach completely in the foreign language and one-on-one time with students is almost impossible in a regular school/university setting, there are many ways to improve students' spoken output and practice in immersion-like settings. One of those ways is to include debates and argumentation in your lessons.

A debate is a discussion about a specific topic during which two teams make arguments for or against an issue. The supporting team (affirmative team) is in favor of the given statement (pro), and the opposing team argues against (con) the statement. Often, there is also a third party, the judges. They award points to determine which side wins at the end.

The affirmative and opposing teams usually consist of three members each while the judge can be the teacher, another group of students, or the entire class. Any students not part of the debating teams or judges can be the audience. 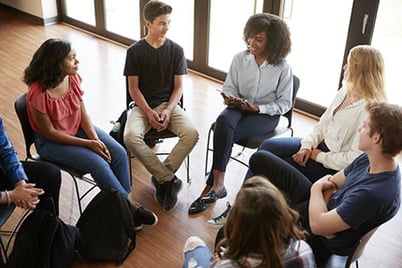 2. Why include discussions in foreign language classes?

Discussions are a great way to involve your students actively in their language learning process.

Not only will students strengthen their listening, speaking, reading, and writing skills, they will also practice developing important argumentative skills during a debate. They require students to research the current standpoint on a topic, develop strategies, write down arguments, prepare for counter-arguments, and then deliver their arguments in spoken form. This involves a complex cognitive process, and if the topic is chosen effectively, the activity motivates students to dive deep into a topic in a foreign language.

Discussions might not be the right tool in the first year of learning a foreign language, but they certainly can be successful after students have developed these basic understandings: 1. What a debate is, 2. the target language, and 3. the rules for preparing and conducting a debate.

To make it a little easier for you, we summarized everything your students need to know about debates. We started including debates in our B-level curriculum “Let’s Talk! English,” so if you want to find out more, see the topics and rubrics we came up with at our website, www.robotel.com 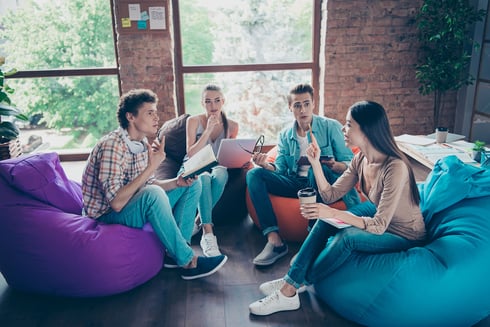 Before starting a discussion, you have to agree on specific rules and regulations. That can be done in advance by the teacher, or students can do some research and come up with their own debate rules. After the rules, time limits, and a scoring rubric are established, form the teams. That can be done by lottery, or students can choose a side. Each side should have some time to prepare their arguments prior to beginning the official debate. Each side also has to keep in mind that they will have to counter the arguments made by the other side. So, students don’t just think about their own arguments, but they also think about what the other side might come up with and they will formulate a rebuttal.

Pretty much everything can be a topic for a debate. In reality, many decisions are made based on arguments between the members of a committee. Here are some examples for debate topics on health:

Debates usually start with the affirmative team (they support the statement/debate topic), followed by a member of the opposing team. Then another member of the affirmative team is up again, then opposing, and so forth. After each side has presented their arguments, they each get a chance to rebut the arguments made by the other side. The judges and audience should take notes during each side's comments so they can assign points later. It’s very important that the debate team members speak slowly, clearly, and loudly enough so everyone can understand them.

4. Sample outline with the suggested timeline.

• The first member of the affirmative team presents arguments in support of the topic. (5 – 10 minutes)

• The first member of the opposing team presents arguments opposing the topic. (5 – 10 minutes)

• The second member of the affirmative team presents further arguments in support of the topic, identifies areas of conflict, and answers questions that may have been raised by the opposition speaker. (5 – 10 minutes)

• The second member of the opposing team presents further arguments against the statement, identifies further areas of conflict, and answers questions that may have been raised by the previous affirmative speaker. (5 – 10 minutes)

• Give the teams a short break to prepare their rebuttals. (5 minutes)

• The opposing team begins with the rebuttal, attempting to defend the opposing arguments and to defeat the supporting arguments without adding any new information. (3 – 5 minutes)

• Each team gets a second rebuttal for closing statements with the affirmative team having the last opportunity to speak. (3 – 5 minutes each)

It might be a good idea to give the judges and audience a few minutes to ask questions after the official debate is over.

You might also want to open up the debate to the audience so they can add their thoughts on the topic.

Judges can award points to each team according to the scoring rubric and announce the winning scores and team. 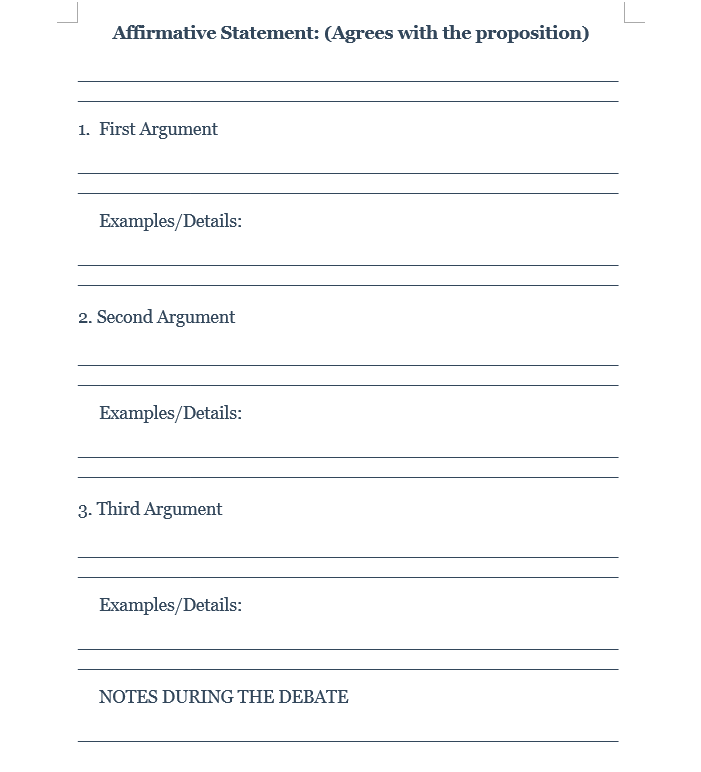 While this surely doesn't replace true immersion scenarios such as conversations with native speakers, exposure to the target language as much as possible, or trips to the foreign country, it's a good and meaningful way to involve students and make them responsible for and part of their own learning experience.

And if you think your students won't agree, why not have them debate it :)