ESL Acronyms: What you need to know as a language teacher

When it comes to teaching English as a foreign/second language, there are many ESL acronyms you have to deal with on a daily basis. Plus, there are several proficiency tests out there for your students that are also best known by their acronyms. Let's find out what is right for you and them! 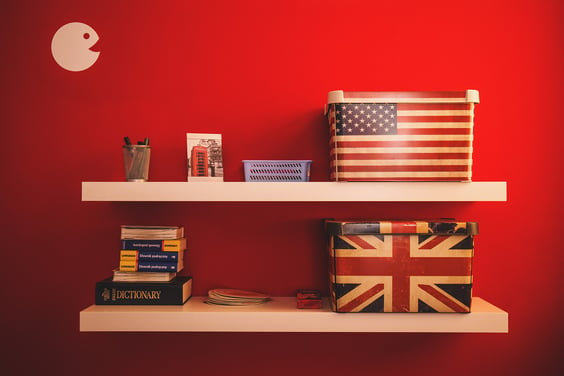 When it comes to teaching English as a foreign/second language, there are many ESL acronyms you have to deal with on a daily basis. Most of them you have probably heard during your studies, some might pop up here or there when looking something up online, and others aren't even important for you. However, it doesn't hurt to be familiar with what they stand for and what the differences are, especially when it comes to the many English language proficiency tests. Which one is the right one to take for your students and where can you find more information? Continue reading to find out more. 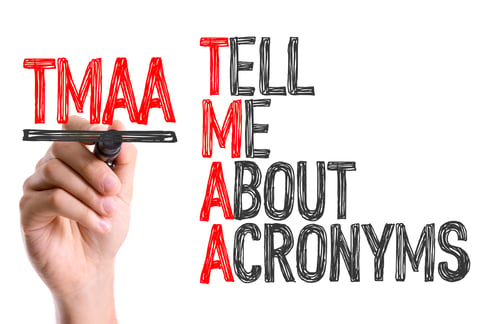 ESL (English as a Second Language): ESL is usually used to refer to learning/teaching English in the US and other countries where English is a native language.

ELL (English Language Learner): Anyone learning English is an ELL, no matter if English is their second, third, or fourth language.

ELT (English Language Teaching): This refers to the entire industry of teaching English to students. Materials and books are often categorized as "ELT" so they can be used to teach English to anyone, no matter where or what their primary language is.

EAP (English for Academic Purposes): EAP is one category of English for specific purposes, often also referred to as "Academic English." These are courses designed to prepare students for studying at universities in English-speaking countries.

ESOL: English for Speakers of Other Languages

There are three major English language proficiency tests that are known worldwide: TOEFL, TOEIC, and IELTS. Let's take a look at what they are so you can decide which one is right for your students. 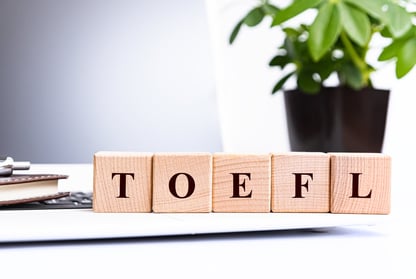 TOEFL stands for "Test Of English as a Foreign Language". It's a comprehensive test for non-native English speakers and often used to measure their ability to enroll in a university in an English

-speaking country. The test is developed and administered by a private non-profit organization, the Educational Testing Service (ETS). They have testing centers all over the world, and the test is available online or on paper. Students have to complete exercises in all four categories: reading, listening, speaking, and writing and can earn a maximum score of 120 (30 per category) for the online test (iBT). 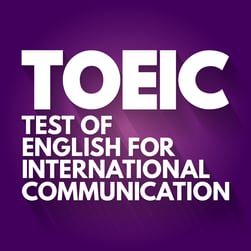 Also developed by the ETS, the TOEIC (Test Of English for International Communication) is specifically designed to test the English language abilities for people who (want to) work in an international company/environment. There are separate tests, the TOEIC Listening & Reading, and the TOEIC Speaking & Writing (which can be divided into two smaller tests again). 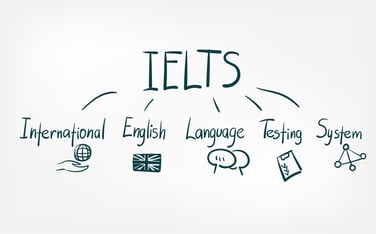 The "International English Language Testing System". Similar to the TOEFL test, the IELTS also assesses everyday English language proficiency for non-native speakers. It's the only test approved by the UK to apply for visa and immigration, while other countries also accept the TOEFL or PTE:A (Parson Test of English: Academic). Scores for the test vary as test takers get a general score from "band 1"(non-user) to "band 9"(expert user) and institutions determine their own thresholds. Test takers are also tested in all 4 categories/skill sets

Depending on which country your students want to go to and if they want to visit, study, work, or live there, they probably won't take the same test. Preparing your students for the different tests can be very time consuming and hard. Luckily, many publishers keep that in mind when creating their ESL/EFL materials and include similar questions and formats in their books. There are also preparation materials you or your student can purchase (or find online). Go to the official websites or contact a local testing center to get the most recent information for each test.

Whether your ELT is to teach ESL, EFL, or ESOL, all your students are ELL that want to reach a certain ELP in their ELD. They probably start with a LEP, but, thanks to you, might make it all the way to EAP courses. Many of them will probably take the TOEFL or IELTS, and if you are the best ELTeacher, they might even take the TOEIC and work in a FC.

(You understood this sentence without scrolling back up? Submit a comment and maybe you can write the next blog post :) )